Since version 2.0, it is possible to create Apple Xcode Project and Android Studio projects ready to be compiled.

This functionality is powered by Capacitor.js ( https://capacitorjs.com ) , the cross-platform native runtime for web apps released under MIT licence.

Thorium will generate the code and create an optimized version of the existing PWA for native use. All unnecessary features will be automatically removed from your existing projects (SEO, Service Worker….) In order to create a lightweight version, optimized for native use, but in the meantime, all PWA features will still be available for the PWA version of your project . Note that since the last Xcode 12, it is even possible to create a Compiled App for Mac Desktop, so your App can exist in 4 versions: PWA, Native iOS, Native Android and Native MacOS.

Thorium allows you to create and install an App on your mobile, but this does not guarantee that your App will be automatically accepted on the stores, Apple and Google can refuse your App on criteria that are not necessarily technical.

When your mobile project is ready, it is possible to create a native application for iOS and for Android, but you must first make sure of the following points:

A Native App has its own local web server, so in most cases your App can be available in stores without having to be hosted on a server as much.
There are a few important exceptions that you should be aware of:

Once your environment is ready, you will have access to the native application generation menu available in the Project menu: 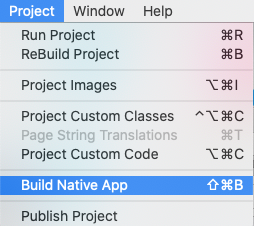 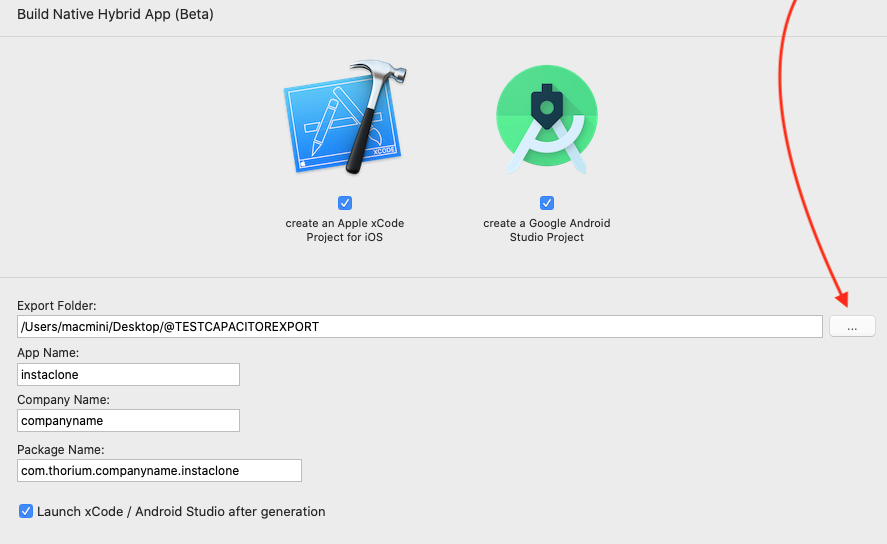 If Xcode and Android Studio are correctly installed in the Application folder of your Mac, the 2 options will then be activated (you can even create iOS and Android applications simultaneously)

From this step, you need to set the following parameters:

Clicking on the Next button will start the Native App Project generation: 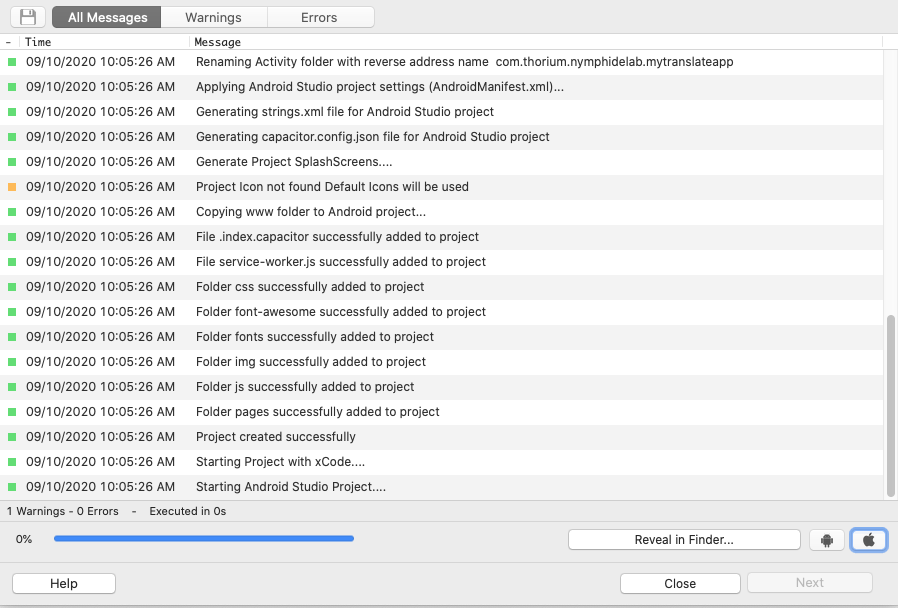 The log list will show all executed operations, if there are any warnings / errors, they will be displayed with an orange / red dot. In our example the icons have not been set, so there is a warning that the default icon will be used.

Thorium will perform all the operations that should normally be done manually: Icons and SplashScreen generation with correct names and sizes for both devices….

The build process will create the Xcode and Android Studio projects based on the capacitor.js template.
Thorium will choose the required items in the PWA project and automatically add the required dependencies.
For more advanced needs (Capacitor plugins …) , please read the Capacitor documentation at: https://capacitorjs.com/docs

If you prefer to use the Capacitor CLI, you can build a project with TB and just use the generated “public" folder, it contains a TB application ready for Capacitor.

Once the Xcode project is generated and Xcode launched, you will see the following screen: 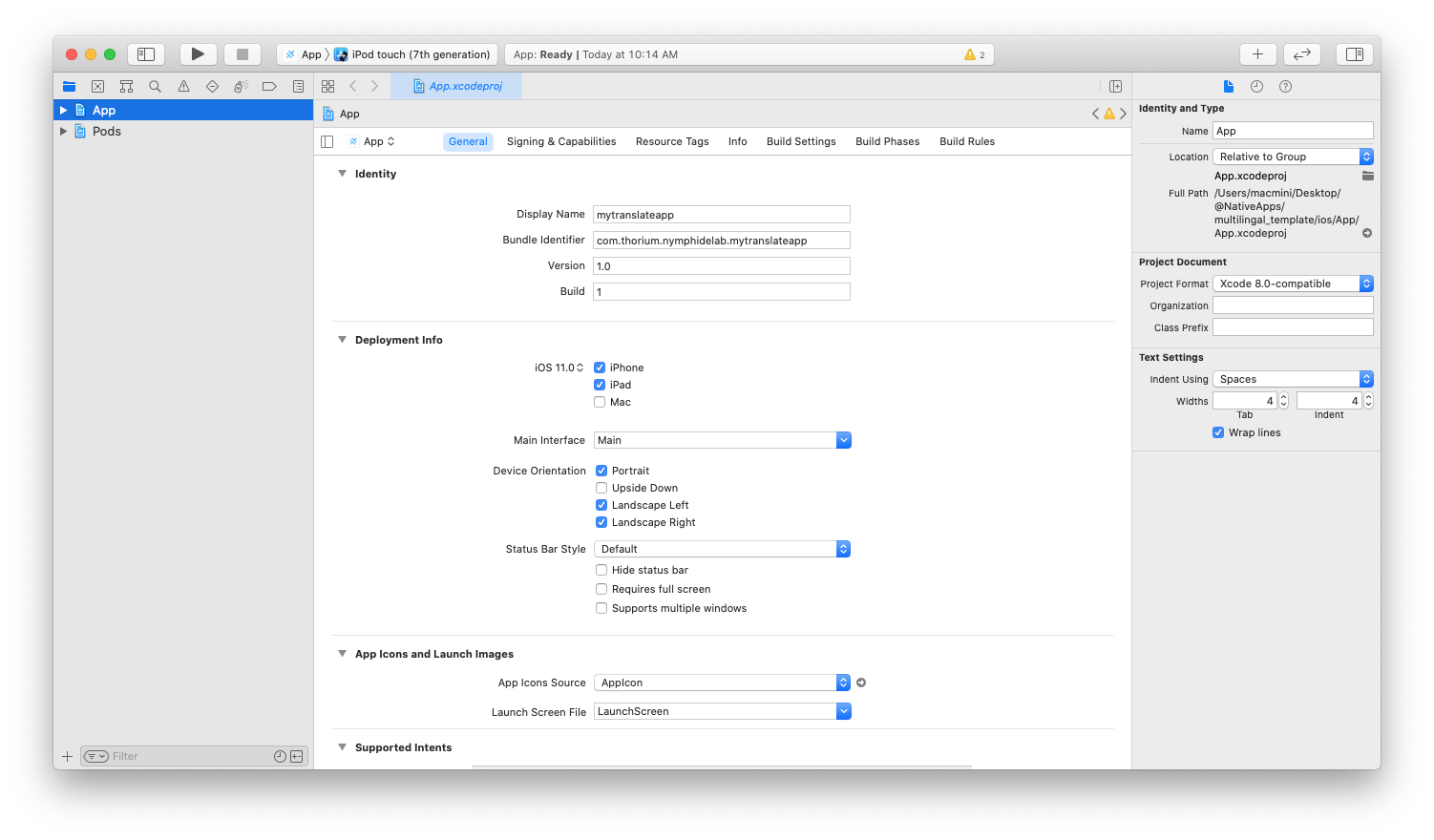 Select the App item from the list on the left 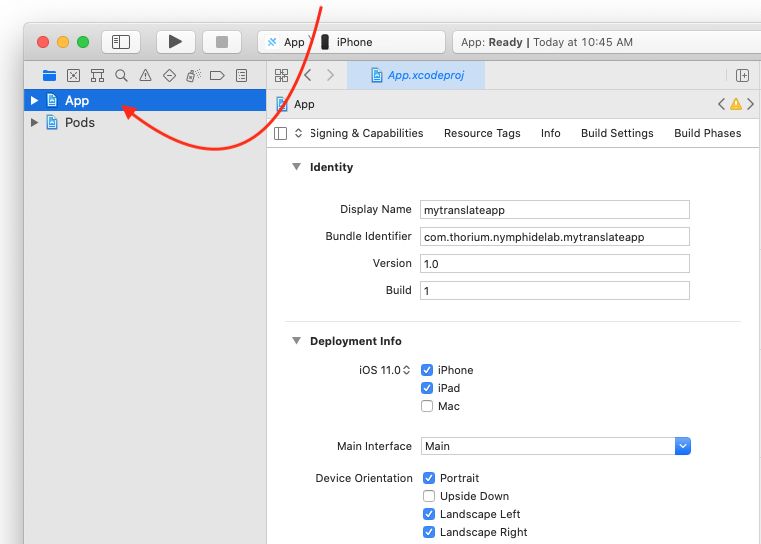 At this step, it is still time to adjust basic parameters:

If you don’t have subscribed to the Apple Developer Program, then you can only run the App on the Mobile simulator, click on the Run button to launch it:

After an Xcode update, you may have to use the “Clean Build Folder” from the Xcode Products main menu in order to be able to compile your App

If your App is compiled successfully but doesn’t start, Select the Xcode Menu Products=>Scheme=>Edit Scheme , and check if App is well Selected in the Executable list: 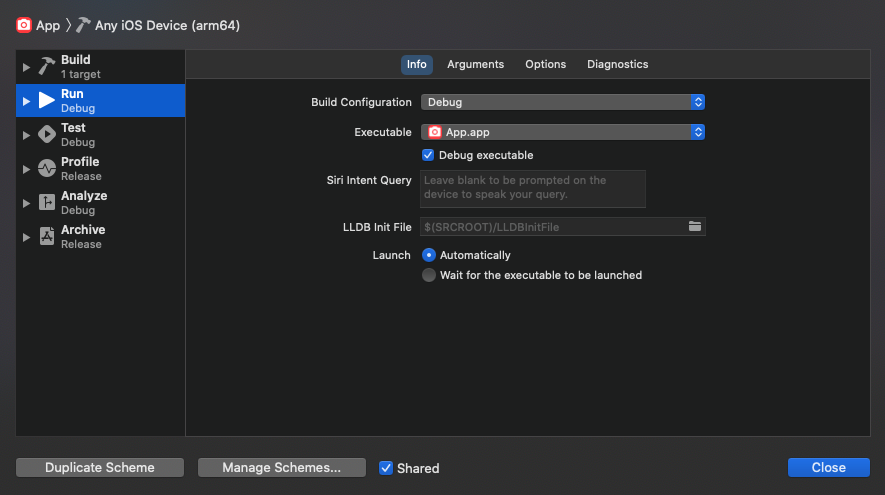 Running your App on your iPhone

If you're a subscriber to the Apple Developer Program, connect your iPhone to your Mac with a cable (use the cable that came with your iPhone, plug one end into the phone, and the other into a USB port on your Mac.)

Unlock your iPhone, it should appear in the Xcode device list: 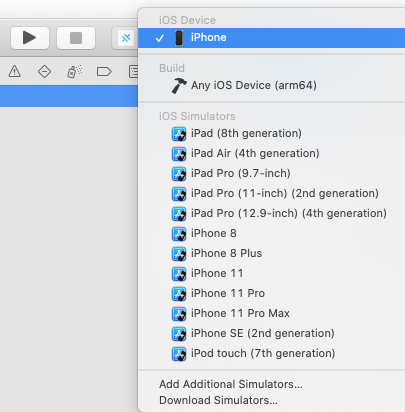 Select your Development Profile from this list and click on the Run button: the App will be installed on your mobile phone and will be executed!

Make sure you are using a recent version of Android studio (4.0 and greater)

Once the Android project is generated and Android Studio launched, you will see the following screen: 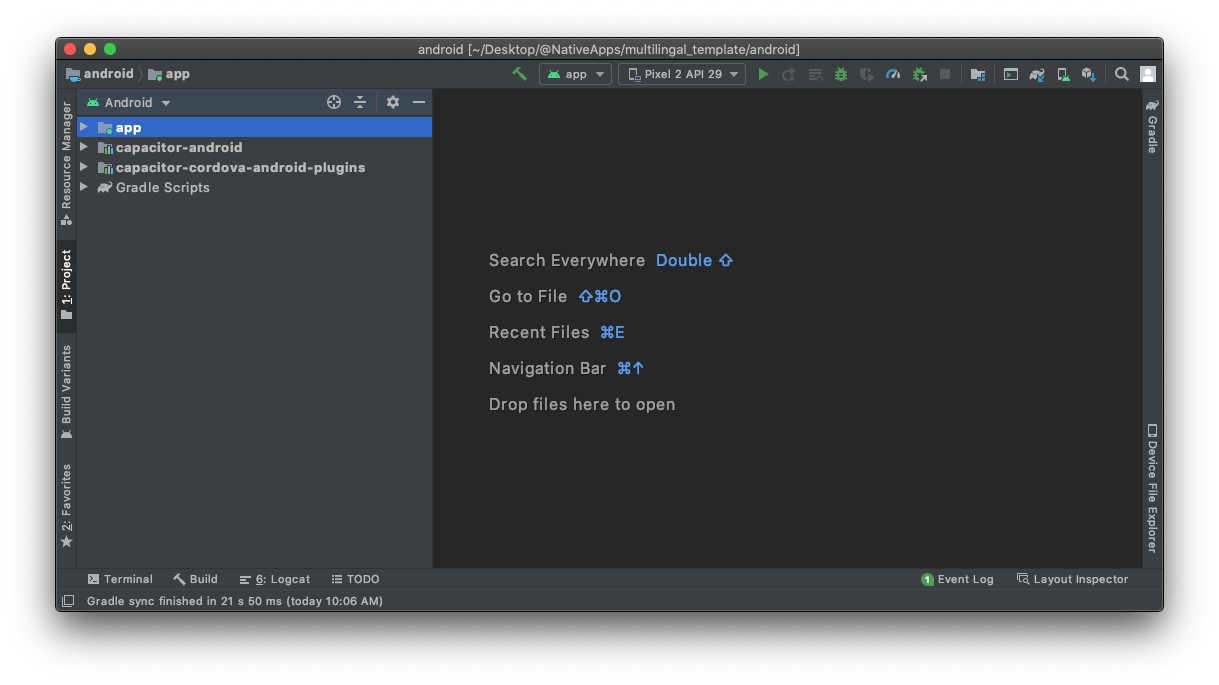 Select the item App from the list on the left side, select a and click on the Run button. 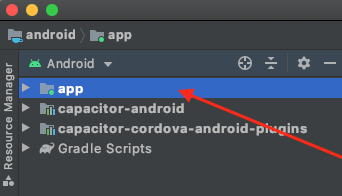 Select a device, and click on the Run button.

Running the App on your physical device

Connect your Mobile to your Mac with a Cable (use the cable that came with your Mobile, plug one end into the phone and the other into a USB port on your Mac.)

Your App will be installed and executed on your mobile phone!